What quitting has taught me as a dietitian

There is no plan B! My story transitioning from dietitian to dietitian business coach over the last 12 months.

My career as a dietitian saw me work in very specialised areas. Initially, I spent 7 years as a diabetes dietitian in the public sector. It was the BEST job and I loved every bit of it. A sea change saw me move to the private sector, but still in a salaried job. When I started, I was the only dietitian and 5 years on when I left, I had become one of 5 dietitians. The business went through major growth whilst I was there. I have now been coaching dietitians to start and grow their private practices for nearly 5 years and here is my story from the past 12 months as a dietitian business coach.

12-14 months ago, I was working PT for a surgical weight loss company.  I was doing The Ambitious Dietitian part time, doing some clinical private practice at local medical centres, and I was a mum to 4 under 8. I knew something had to give. What was it and what was going to make me make that final decision? I didn’t want to be in my salaried job but I didn’t have the time to grow The Ambitious Dietitian and my private practice whilst I was working PT as well. Surprise, surprise, I was really at a roadblock with I have to choose one or the other.

So I got a promotion, decided to stick at my salaried job and quit my private practices – all three of them. Had my last day on the Friday, had a good weekend, then went to work on the Monday & Tuesday, had enough and quit. So within 3 business days, I’d walked away from 2/3 of my income. WTF? I won’t lie, there were moments of doubt.

I worked long hours, often 9am-8pm, weekends were a regular occurrence, as were “information nights” where I wouldn’t get home until after 9pm. This was something I was doing when I had 4 kids under 5 and I commuted between 45-60 minutes too and from work each day. There were days when I came back from mat leave where I didn’t see my kids for 24 hours (because we can’t count checking on them when they are asleep).

Days that surgeons were there were particularly crazy. We’d go from returning from lunch at 1pm through to 7pm with new consults back to back. I remember being pregnant with the twins just hoping someone wouldn’t show up or would be running late just so I could go to the toilet and fill up my drink bottle.

Several times I called my dad, who has a very strong work ethic, you know the kind where you have to be dead to call in sick for work, who has been self employed or in a contractor role his whole life, who drilled into me that I needed to have a “secure” “safe” “salaried” job, to tell him that I was going to quit. And several times he talked me out of it. I had a large family. I had a mortgage. I needed that regular income……. Then, yet again, one day I called him to say I’m going to quit and he didn’t say anything. Just to call him tomorrow and let him know how it went.

So I went to work and I walked into my bosses office and I said “my time here is up”. Driving home from work I called dad and I said, why didn’t you try to talk me out of it like you have every other time and he said, “I knew you just had to do it this time”.

On the other side, my mum had been telling me for years that I should just quit and I’d find a way to make it work but I didn’t have the courage to do it.

Daniel, luckily, was supportive of what ever my choice was. He just wanted me to do what I felt was right and what would make me happy as long as we were going to be “ok” financially as a family.

I have had to ask myself a number of times, what was the one thing that held me back all this time now I know what was/is possible.

For so long I believed….

But in actual fact, I didn’t need any of them.

I jumped and there was no plan B. There was no other option than to succeed.

So where am I now? 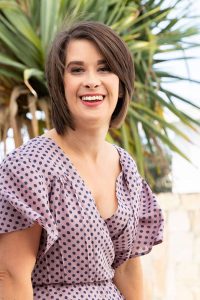 My days are structured how I want them to be. We sleep in far later than we should because we can and I am no longer dropping my kids off at childcare at 7:50am. In fact, we usually aren’t out of bed until 7:30am!

All of my work calls are done in school hours 9-2pm.

Come 3pm, I am there for pick up each afternoon and the 3-8pm time in our busy house is spent doing all the family things.

Then I usually clock on again once the kids are in bed and pick up where I left off earlier in the day and do most of my admin work.

I’m lucky enough that when it’s colour run day, or under 8’s day, or one of my kids gets an award that I am usually able to rejig my day so that I am there.

Also lucky to be able to run up to the school and collect my kids when they are sick rather than them sitting in sick bay for me to finish as many patients as I can then trek home.

Family is something we value in our house and this is why we have set up our days/weeks like this.

I pinch myself that through our coaching program Thrive (https://theambitiousdietitian.com/thrive/),  I get to help dietitians and nutritionists achieve their dreams. They get to work in areas they are passionate about with clients they love. They no longer need to be a jack of all trades.  They get to work around their kids. They get to get out of the job they hated too.

Financially, I set myself a goal years ago to earn 6 figures but just couldn’t do it. I had to remind myself constantly that I can’t compare my journey with someone else’s journey. I had 4 very little kids I was working around. I had a part time job, I was trying to grow my practice. I had a lot of balls in the air! It wasn’t until I let go, had faith and believed I could do it that I did.

For the first time, my business this financial year has ticked over to the 6 figure mark and I couldn’t be more proud of myself for doing it. Sometimes WE need to be our biggest supporters. It wouldn’t 100% not have been possible if I hadn’t have walked away, believing in myself and I truly, didn’t “need” all the things in place that I thought I needed to survive.

What has the last 12 months shown me?

Where too from here? 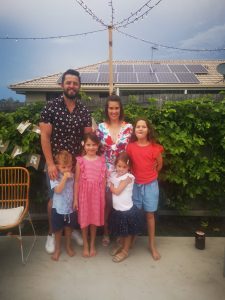 Before I went full time in my business, there were a few things that we had in place that helped us manage – our lawns are always done by Daniel’s dad, both our parents help out with childcare. I had a “mums helper” who came for 4 hours a week who used to do all the jobs I never got too – fold washing, tidy up toys, give the kitchen a clean, do a quick vacuum and we had a cleaner. If meant that the time I did have with the kids I could actually spend with the kids but the unknown of weather or not I was going to make it work once I quit saw me say goodbye to most of this. Business wise I had someone doing my social media and blog writing for me whilst I managed most of the rest.

Twelve months on, I’m setting myself new financial goals and the biggest change I’ll be making this coming year is finding help. I can’t do it all on my own. If I want to be consistent, I need to have people in my team to help me do that. Apparently, when hiring, we tend to hire when it’s too late, which is probably true, but 2022 is going to see me getting help both in my business and within my home.

If you are just starting out as a dietitian and my post has inspired you to start your practice, here’s some tips on how to get started as a dietitian https://theambitiousdietitian.com/business/getting-started-in-your-private-practice/

So stay with me and I hope you will continue to share my journey with me.

WE WANT TO HELP YOU CREATE & GROW A THRIVING BUSINESS

find your way around